The Amphreville Triskele is a Celtic pattern dated to 500 BC. It’s found on a Celtic helmet d’Amfreville-la-Mi-Voie, made between the 5th or 4th century BC. Its motif is of an ancient spiral design representing the dance of life, meandering left and right and back to the beginning.  A triskele pattern represents eternity.

This is the oldest Celtic design in my repertoire. The Celtic knotwork we are familiar with today was inspired by the early triple spirals from the Iron age Celts of 2600 years ago. They lived from the British Isles to the moors of Spain to the Rus river near Istanbul. What connects the Iron age Celts is the similarity in the motifs on the artifacts from these regions, especially a repetition of 3.

The Triskele represents the past, present, and future; never-ending good luck. 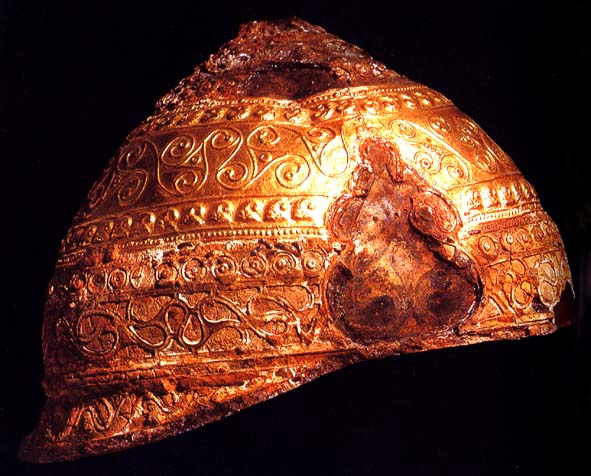 The Amphreville Helmet Artifact, 500 BC. Found in Brittany.